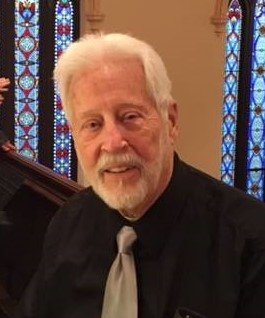 Please share a memory of William to include in a keepsake book for family and friends.
View Tribute Book
William “Will” O. Headlee, 90, passed away peacefully at Crouse Hospital. Will was Professor emeritus and University Organist emeritus at Syracuse university. He came to Syracuse to study with noted organist Arthur Poister and earned the MMus in 1953, following undergraduate work at the University of North Carolina (Chapel Hill) with Jan Philip Schinhan. He retired from SU in May 1992 after 36 years of varied academic responsibility and continuous choir directing activity, including six seasons with the Hendricks Chapel Choir. He has been active in the American Guild of Organists and the Organ Historical Society, performing at many conventions. He served as Organist at Park Central Presbyterian Church from 1992 until his passing. Burial will be private. A celebration of his life will be held at a later time.
To plant a beautiful memorial tree in memory of William Headlee, please visit our Tree Store

A Memorial Tree was planted for William
We are deeply sorry for your loss ~ the staff at Goddard-Crandall-Shepardson Funeral Home, Inc.
Join in honoring their life - plant a memorial tree
Online Memory & Photo Sharing Event
Online Event
About this Event

Look inside to read what others have shared
Family and friends are coming together online to create a special keepsake. Every memory left on the online obituary will be automatically included in this book.
View Tribute Book
Services for William Headlee
There are no events scheduled. You can still show your support by planting a tree in memory of William Headlee.
Plant a tree in memory of William

Share Your Memory of
William
Upload Your Memory View All Memories
Be the first to upload a memory!
Share A Memory
Plant a Tree