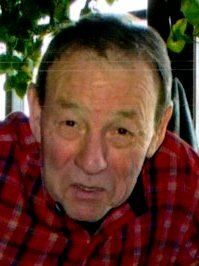 Paul F. “Joe” Sweeney, 81, of Cicero, died on Saturday, July 9, 2022 after a 5 year struggle with a dementia related illness.
He graduated from the Assumption Catholic Academy in 1958 and served in the Army Reserves from 1963-1970.  He owned and operated Sweeney’s Auto Repair in Mattydale for 55 years.  He was admired by his loyal customers for his honesty and caring ways.  He was a loving parent and a great provider.  As a communicant of St. Margaret’s Church, Joe volunteered as an usher, served on the School Board and worked BINGO.  He was a man of great faith.
He was pre-deceased by his brothers: Jerry and Dick, and a sister Judy Stuhler.
He is survived by his wife of 57 years: Mary Janet Sweeney; 3 sons: Christopher (Jessica),  Stephen, Paul; a daughter: Colleen (Craig) Dillenbeck; 7 grandchildren; a great grandson; 3 brothers: John, Denny (Linda), Leo; and several nieces and nephews.
A funeral mass will be held at 10am on Friday in St. Margaret’s Church with entombment to follow in Woodlawn Mausoleum.  Calling hours will be Thursday, July 14 from 5-7 pm at Frasier-Shepardson Funeral Home.
Memorial contributions may be made to the Assumption Church, Food Pantry and Soup Kitchen, 812 N. Salina St., Syracuse 13208 (www.assumptionsyr.org).
Online condolences, www.shepardsonfh.com.

To send flowers to the family or plant a tree in memory of Paul "Joe" Sweeney, please visit Tribute Store
Thursday
14
July

Share Your Memory of
Paul "Joe"
Upload Your Memory View All Memories
Be the first to upload a memory!
Share A Memory
Send Flowers
Plant a Tree