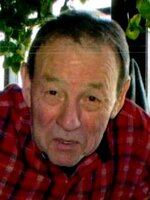 Paul F. “Joe” Sweeney, 81, of Cicero, died on Saturday, July 9, 2022 after a 5 year struggle with a dementia related illness.
He graduated from the Assumption Catholic Academy in 1958 and served in the Army Reserves from 1963-1970.  He owned and operated Sweeney’s Auto Repair in Mattydale for 55 years.  He was admired by his loyal customers for his honesty and caring ways.  He was a loving parent and a great provider.  As a communicant of St. Margaret’s Church, Joe volunteered as an usher, served on the School Board and worked BINGO.  He was a man of great faith.
He was pre-deceased by his brothers: Jerry and Dick, and a sister Judy Stuhler.
He is survived by his wife of 57 years: Mary Janet Sweeney; 3 sons: Christopher (Jessica),  Stephen, Paul; a daughter: Colleen (Craig) Dillenbeck; 7 grandchildren; a great grandson; 3 brothers: John, Denny (Linda), Leo; and several nieces and nephews.
A funeral mass will be held at 10am on Friday in St. Margaret’s Church with entombment to follow in Woodlawn Mausoleum.  Calling hours will be Thursday, July 14 from 5-7 pm at Frasier-Shepardson Funeral Home.
Memorial contributions may be made to the Assumption Church, Food Pantry and Soup Kitchen, 812 N. Salina St., Syracuse 13208 (www.assumptionsyr.org).
Online condolences, www.shepardsonfh.com.