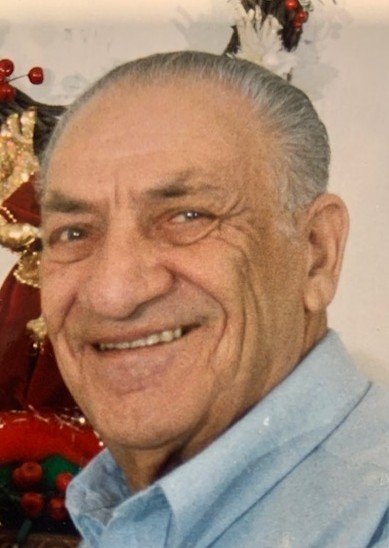 Please share a memory of Salvatore to include in a keepsake book for family and friends.
View Tribute Book
Salvatore “Sam” Cutri, March 25, 2021, age 91, passed away peacefully with family at his side. He was born in Syracuse, NY on December 5th, 1929, to the late James and Carmella (Fidele) Cutri. Sam was retired from Oberdorfer Industries as a certified welder. Along with his parents, he was predeceased by his two sisters, Carmella (Mel) Vercillo, and Mary (Teddy) DelGuidice; seven brothers, Al Cutri, Carmen Cutri, Frank Cutri, Joseph Cutri, Guidoni “WeWe” Cutri, Vince Cutri and Orlando “Londy” Cutri. He is survived by his wife of 68 yrs, Madeline (DiSarro) Cutri; son; James V. Cutri, daughter; Josephine “Joanne” Cutri and her longtime companion, Jack Knowlton; sisters; Rose (Joe) Scalisi, Helen (Rocky) Barbato; brothers; Duca “Dick” Cutri and Anthony “Tony” Cutri. He is survived by several nieces, and nephews. Sam served in the Army in the Korean War, was an avid bowler, and was a well known musician who played at various nightclubs for years in Syracuse, NY. A mass of Christian Burial will be held on April 7th, 2021 at 10:30 AM at Blessed Sacrament Church 3127 James Str., Syracuse NY 13206. A special thanks to the staff at Syracuse Homes at McHarrie Place, for the compassionate and devoted care to Sam.
To send flowers to the family or plant a tree in memory of Salvatore Cutri, please visit Tribute Store
Wednesday
7
April

Share Your Memory of
Salvatore
Upload Your Memory View All Memories
Be the first to upload a memory!
Share A Memory
Send Flowers
Plant a Tree