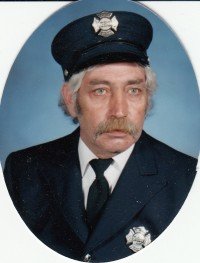 Obituary of Frank A Monto

Please share a memory of Frank to include in a keepsake book for family and friends.
View Tribute Book
Frank A. Monto, 62, died peacefully on Tuesday at Crouse Hospital surrounded by his loving family. He was a native of Syracuse and had resided in Liverpool for over 37 years. He retired from the Syracuse Fire Department after 30 years of service and had also worked at Colony Liquor for 10 years. He was a member of the Syracuse Firefighters Union Local 280 and the Teamsters Local 317. He was pre-deceased by his parents Frank J. and Grace Monto. He is survived by his wife of 39 years: Linda M. Roberts Monto; his son: Frank M. (Andrea) and daughter Tina both of Las Vegas, NV; sister: Suzanne (Vincent) Lazzaro of Syracuse; brothers: Anthony (SueAnn) of Onondaga Hill, Richard of Buffalo; 2 aunts: Marion and Irene Monto; 3 granddaughters: Isabella Cate, Olivia Grace and Alaina Lynn Monto; his 2 loyal companions Spanky and Cruiser; and several nieces, nephews and cousins. Funeral services are Saturday at 9:45am at the Frasier-Shepardson Funeral Home followed by a mass at 10:30 in St. Charles of Borromeo Church. Calling hours are Friday from 3-7pm at the funeral home, 1217 North Salina Street. Memorial contributions may be made to the University Hospital Burn Unit, 750 East Adams Street, Syracuse 13210 or to the S.P.C.A., 5878 East Molloy Road, Mattydale 13211.
To plant a beautiful memorial tree in memory of Frank Monto, please visit our Tree Store

Look inside to read what others have shared
Family and friends are coming together online to create a special keepsake. Every memory left on the online obituary will be automatically included in this book.
View Tribute Book
Services for Frank Monto
There are no events scheduled. You can still show your support by planting a tree in memory of Frank Monto.
Plant a tree in memory of Frank

Share Your Memory of
Frank
Upload Your Memory View All Memories
Be the first to upload a memory!
Share A Memory
Plant a Tree