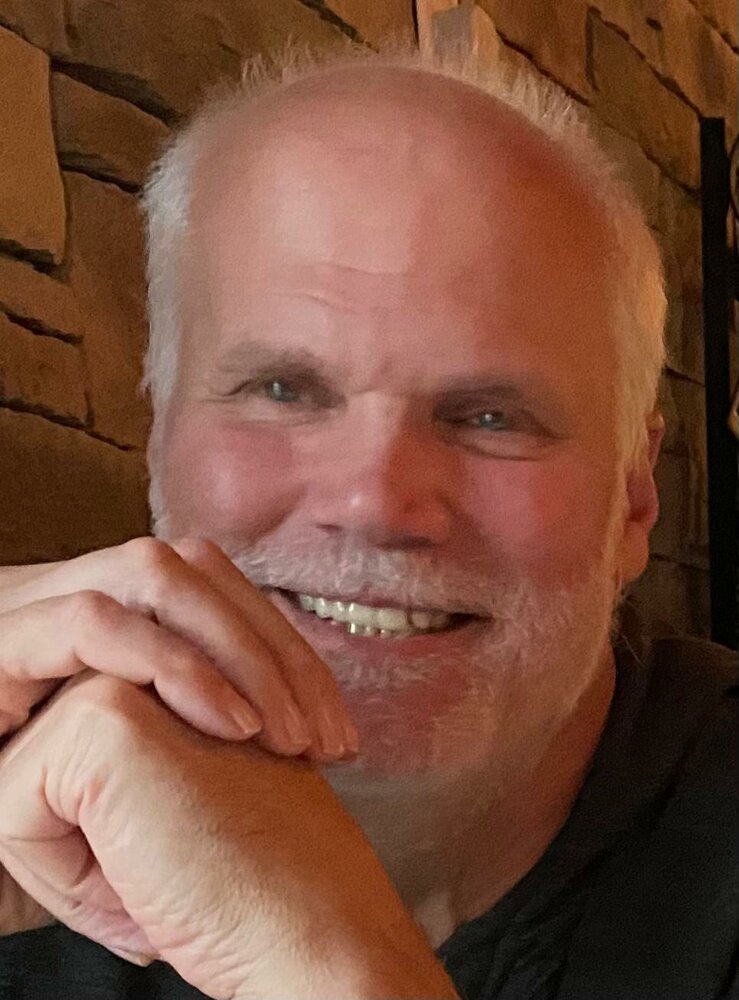 Please share a memory of David to include in a keepsake book for family and friends.
View Tribute Book

David Michael Lovy, 58, of Fayetteville, NY, left us too soon on Tuesday, August 30, 2022.  He was the loving husband of 23 years to Linda (Kolozsvary) Lovy and the devoted father of Cain Lovy. Dave was the third child of four, born on August 31, 1963 in Kingston, NY. He is the son of Michael A. Lovy and Elizabeth (Wollney) Lovy of Austin, TX. Dave graduated from Kingston High School in 1981 and received his Electrical Engineering degree from SUNY Buffalo in 1985. After working for others for a short time, he gathered capable people and started up his own company working as Chief Software Architect.  His fertile mind allowed him to obtain multiple patents and he was able to sell the company and retire in 2019 to spend full time with his family.
Dave enjoyed racing his sailboat “Greyhound” on Oneida Lake as part of Oneida Lake Sailing Club. He was a music fan and met his future wife while working as a roadie for her rock band. He could work on any car, whether it be a vintage Model T or a brand new Tesla.  He shared his love of Scouts with his son and they often went camping together with Troop 51. He frequently retreated to Mohonk Mountain House with his family to enjoy rock scrambles, live music and the serene lake. He was always tinkering with something, whether it be electrical, mechanical or software.  He had a quiet, dry humor, and enjoyed cool weather, even walking outside barefoot in the snow.  Anyone who encountered Dave came away with a sense that he was a good person, because he was kind, courteous, patient and fun to be around.
In addition to his wife, son, and parents, Dave will be deeply missed by siblings, Michelle Philpot (Michael), Renee Amator (Melissa), and Donald Lovy (Tonya); along with many aunts, uncles, nieces, nephews, cousins, and the family cat Ripley.
A funeral service will be held on Tuesday, September 6 at 10am at Welter-Price Funeral Home with burial to follow in Woodlawn Cemetery.
Calling hours will be held on Monday from 2-4pm at the funeral home, 3111 James Street, Syracuse.
In lieu of flowers, donations may be made in Dave’s memory to Providence Services of Syracuse or Fayetteville Manlius Food Pantry.
Online condolences, www.welterprice.com.

To send flowers to the family or plant a tree in memory of David Lovy, please visit Tribute Store
Monday
5
September

Share Your Memory of
David
Upload Your Memory View All Memories
Be the first to upload a memory!
Share A Memory
Send Flowers
Plant a Tree