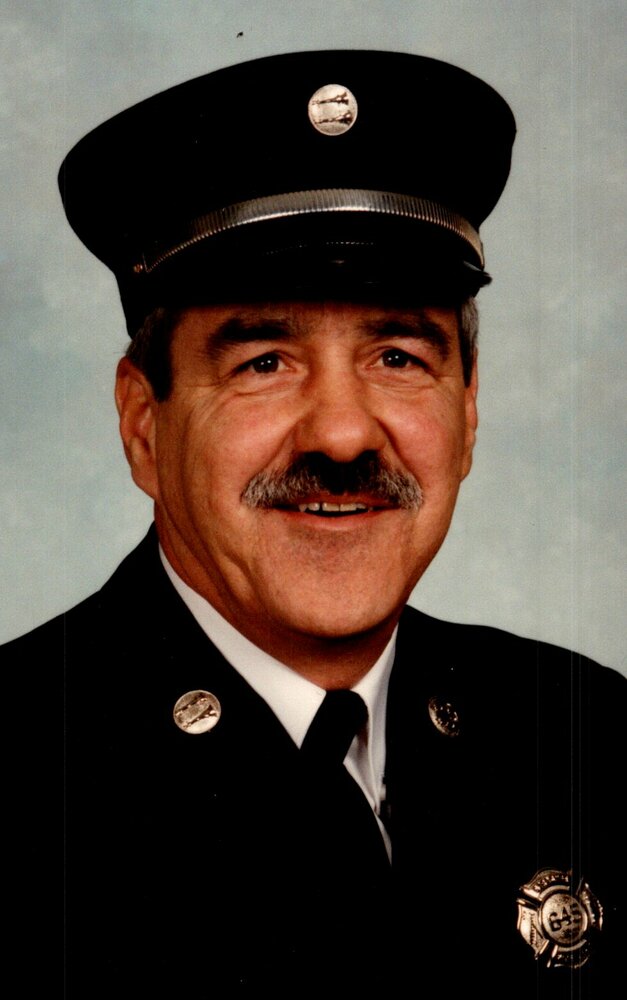 Please share a memory of Charles to include in a keepsake book for family and friends.
View Tribute Book

Charles T. Petersen, 80, passed away peacefully at home on February 1, 2022, surrounded by his loving family.  Born July 12, 1941, in Syracuse, he was a lifelong resident of Eastwood.  In 1959, Charles enlisted in the US Navy.  He served 4 years.  He was stationed aboard the USS Enterprise, the first nuclear powered aircraft carrier.  He was a Plank Owner of the Enterprise, being part of the first unit to serve aboard that ship.  He also served on the USS Shangri-la.  Along with his son and grandson, he attended the USS Enterprise decommissioning ceremony in Virginia in 2012.  In 1965, he joined the Syracuse Fire Department, rising to the rank of Captain.  He retired after 35 years of dedicated service.  Chuck liked hunting and fishing.  He also enjoyed traveling with his wife, and his yearly hockey trips with his sons and grandsons.  He had many interests, but his greatest joy came from attending his children’s and grandchildren’s many sports and activities.
He was preceded in death by his parents, Arthur and Ruth Peterson and 1 grandchild.
He is survived by his loving wife of 57 years, Kathryn “Bonnie” Petersen; his daughter, Kathy (Mark) Moth; his sons: Jeffrey Petersen and Gregory (Danielle) Petersen; 10 grandchildren, 1 great-grandchild and another one on the way; brothers: Scott (Debbie) Peterson and Gary Peterson: sisters Janice Peterson and Jeanette Byrne.
Calling hours will be held on Sunday, February 6 from 2-5pm at the Goddard-Crandall-Shepardson Funeral Home.
Memorial contributions may be made to Fire Fighters Cancer Fund, PO Box 621, Syracuse 13209 and Hospice of CNY.

To send flowers to the family or plant a tree in memory of Charles Petersen, please visit Tribute Store
Sunday
6
February

Share Your Memory of
Charles
Upload Your Memory View All Memories
Be the first to upload a memory!
Share A Memory
Send Flowers
Plant a Tree