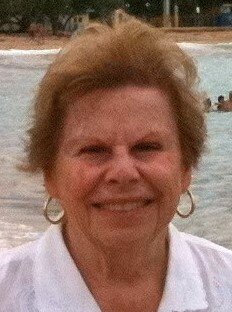 Raquel Romeu, 95, of Liverpool, died on Tuesday, January 11 at Crouse Community Center in Morrisville.  She was a former Spanish Language and Literature professor for 40 years at Lemoyne College.  Raquel was proud to travel to Cuba in a shrimp troller during the Mariel Boatlift (1980) to bring her brother Jorge’s family back to America.  She is pre-deceased by her brother Manuel Romeu, a political prisoner in Cuba.
She is survived by her brother Jorge Luis (Zoila) Romeu; and nieces and nephews: Manuel (Barbara) Romeu, whom she helped raise, Regina (Rip Watson) Romeu, Christina (Dean Paul) Romeu, Rafael (Larissa) Romeu, Ricardo (Wendy) Romeu.
Calling hours will be Sunday from 4-6pm at the Goddard-Crandall-Shepardson Funeral Home.  A graveside service will be held on Monday at 11am in St. Mary’s Cemetery in Dewitt.

To send flowers to the family or plant a tree in memory of Raquel Romeu, please visit Tribute Store
Sunday
16
January

Share Your Memory of
Raquel
Upload Your Memory View All Memories
Be the first to upload a memory!
Share A Memory
Send Flowers
Plant a Tree