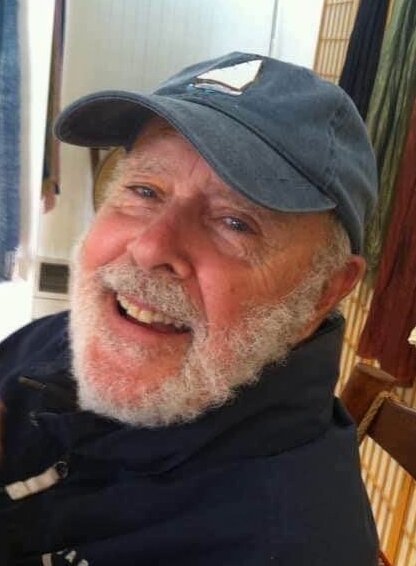 Please share a memory of Richard to include in a keepsake book for family and friends.
View Tribute Book

Richard (Dick or D.C.) John Cappotto, 89, died peacefully on September 4, 2021 in Jacksonville, FL.  Richard was born in Syracuse on July 30, 1932 to Carmen and Judith (DeRegis) Cappotto.  He graduated from North High School in 1948 and began his studies in electrical engineering at age 16 at Syracuse University.
While studying at Syracuse, Richard put his woodworking talents to use working at Stickley’s furniture, alongside his father and brother.  Richard’s 36-year career in communications for New York Telephone began in 1956 as an electrical/troubleshooting engineer in the special switching department.  He retired in 1991 to care for his beloved wife in her final months.
Richard served in the Naval Reserves for eight years beginning as a radioman and ending his time there in naval intelligence.
Richard met his Irish-born wife, Margaret (Peg) Sherlock in Syracuse and they were married in 1959.  They bought a home in Eastwood and raised four children there.  Richard continued using his woodworking skills and other DIY capabilities to remodel each room and make custom furniture in his basement workshop.  They were very proud of creating a special and unique home.  Hospitality was always in style at the Cappotto home.
Besides his woodworking, Richard was a lover of music.  He adopted Ireland as his second home, so much so, that he taught himself the acoustic guitar to facilitate “Irish sing-a-longs” and dancing.  He loved visiting the extended Sherlock family in Tipperary, Clare, and Cavan on family vacations.
After his beloved wife died in 1992, Richard decided to leave Syracuse and relocate to Provincetown, MA.  He was drawn to the beach and artistic community, and Provincetown welcomed him with open arms.
He also cherished the time he spent traveling with his former partner, Diane who also shared his love of life, music and adventure.
Richard was pre-deceased by his wife of 33 years, Margaret (Peg); his parents Judith and Carmen Cappotto; brothers Samuel and Joseph, and sister Anne Ventre.  Surviving Richard are his four children; Karen of Provincetown, MA, Kevin (Beth) of Jacksonville, FL, Mary (Bob) Boyle of Des Moines, IA, and David (Maral) of Atlanta, GA; grandsons Aidan Boyle and Dylan Cappotto; niece Ann Higgins of Des Moines; and many other nieces and nephews in the United States and Ireland.
A visitation will be held at Goddard-Crandall-Shepardson, 3111 James St, Syracuse on October 21, 2021 at 9:00, followed by a funeral mass at Blessed Sacrament Church, 3127 James St, Syracuse at 10:30 a.m.  Burial will follow at St Mary’s Catholic Cemetery in DeWitt, NY.

To send flowers to the family or plant a tree in memory of Richard Cappotto, please visit Tribute Store
Thursday
21
October

Share Your Memory of
Richard
Upload Your Memory View All Memories
Be the first to upload a memory!
Share A Memory
Send Flowers
Plant a Tree