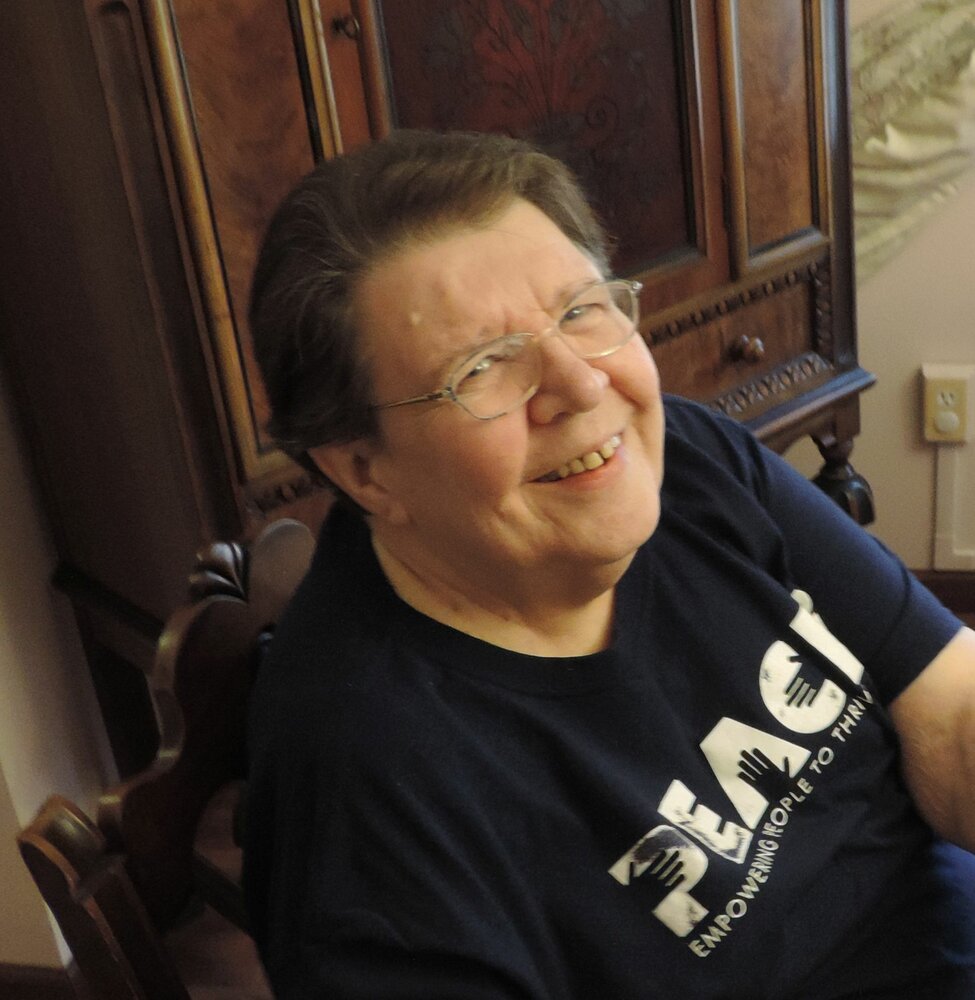 Please share a memory of Kathleen to include in a keepsake book for family and friends.
View Tribute Book

Kathleen Ann Denison (Kay) of Eastwood passed away September 30th at Upstate Community Hospital. She is predeceased by her husband George Denison; brothers Gene, Gerald (Tom) and Richard (Skip) Austin; sister Darlene (Austin) Bowman; brother-in-law Ron Cerutti; grandchildren Danielle and Brandon Galloway. Kay is survived by her son Richard Barber (Patricia); step-daughter Michelle Furlong (Bill); Brothers Franklin (Barb) and Keith Austin; sister Charlene Cerutti; grandchildren Corey (Maleka) Barber and Alyssa (Dylan) Antunes, great grandchildren Allegra, Cole and Harmony Barber and many nieces, nephews and in-laws. Kay was born in Syracuse on April 14, 1939. She spent her early years helping to raise her many brothers and sisters. During her working years she was a switch board operator, and later an account clerk for Kilian Mfg. She also worked as an account clerk at Case Supply Co. In 1966 she adopted her son Richard as a 6 month old baby, with her first husband. In 1982 she married the love of her life, George, and gained a wonderful step-daughter Michelle. Kay and George were avid bowlers in the Eastwood area for many years, with Kay giving her time to work on various leagues and tournaments. After George passed in 2008, Kay became a member of the Frank DeFrancisco Eastwood Community Center. She made many great friends at the center and became a favorite caller of BINGO, as well as helping out where she could. Kay was a very kind and loving person. It was her nature to put others first. She never had a lot, but she would give what she could. She had a gentle soul and hated to see living things suffer. She loved animals and owned a few beloved dogs over the years. Her last pet was a cat named Dusty, who she adored. Kay was friendly, outgoing, and loved to laugh; but she was not one to be crossed. She was slow to anger, but you did not want to be on the receiving end of her wrath. Adversity had made her tough. Life had given her the spirit of a fighter, but her heart always remained huge and filled with love. Family was everything to her. She was an exceptional, loving, giving and caring mom and grandmother. In later years, her three great grandchildren were the light in her eyes. She was loved beyond measure and will be greatly missed by all.

Calling hours are Tuesday, October 5th from 11 am to 1 pm at Welter-Price funeral home in Eastwood. There will be a service at 1 pm with burial at Woodlawn Cemetery to follow. In lieu of flowers, please consider a donation to Wanderers Rest Humane Association.

To send flowers to the family or plant a tree in memory of Kathleen Denison, please visit Tribute Store
Tuesday
5
October

Share Your Memory of
Kathleen
Upload Your Memory View All Memories
Be the first to upload a memory!
Share A Memory
Send Flowers
Plant a Tree