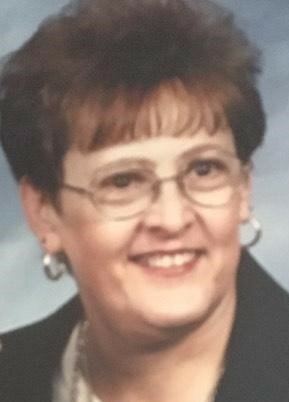 On September 21st, HiIde Rheinhardt Cooper, 84, passed away at home with her family. HiIde was born in Rhodenbach, Germany and moved with her sister, Marga, to the United States in 1956, starting in the Albany area, and eventually landing in Syracuse. HiIde devoted her life to  her family, and she was happiest when everyone was with her in her own home. She enjoyed cooking and baking for Sunday dinners, and she knit and sewed the most wonderful things.
HiIde quietly dedicated herself to doing whatever she could to help those around her. She was  selfless to her core. HiIde stoically battled multiple sclerosis for many years. Most of the time,  she seemed to win that battle, but in the end, it ravaged her body and mind.
HiIde was predeceased by her husband, John, in 2016, her parents, Heinrich and Freida  Rheinhardt, and all but two of her 8 siblings.
She is survived by her daughter and son-in-law, Melissa and John Faley, her beloved  granddaughters, Zoë and Phoebe, her sister Marga (Gus) Ostrander, her sister Hanni Diehl,  several nieces and nephews, and Melina and Alexander Martino, whom she considered her first  grandchildren.
In lieu of flowers, donations can be made to the National MS Society, PO Box #91891,  Washington, D.C. 20090 or to any charity of your choice.
Friends can visit with the family at University United Methodist Church, located at 324  University Ave. Syracuse, NY 13210, on Wednesday, September 29th from 4:30 - 6:30pm.

To send flowers to the family or plant a tree in memory of Hilde Cooper, please visit Tribute Store
Wednesday
29
September

Share Your Memory of
Hilde
Upload Your Memory View All Memories
Be the first to upload a memory!
Share A Memory
Send Flowers
Plant a Tree