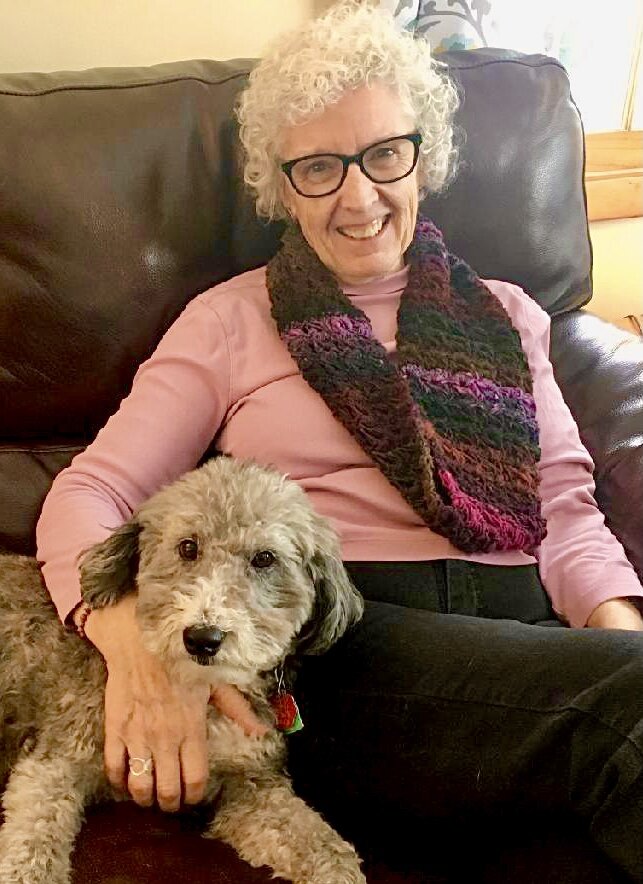 Please share a memory of Anne to include in a keepsake book for family and friends.
View Tribute Book

Anne Marie Coffey, 74, of Manlius, NY, passed away at home on September 12, 2021, after a difficult struggle with ovarian cancer and its complications. Anne was born in Albany, NY. She attended St. Vincent de Paul's School, Syracuse (class of 1965) and graduated from Le Moyne College, Syracuse (class of 1969), having pursued studies in English. After post-graduate education at Colgate University, she earned a master’s degree in English from Syracuse University.

Anne’s professional career encompassed teaching, marketing and volunteerism, with the common thread being her lifelong passion for the written word. She first taught at local public schools, then at Syracuse University and later taught ESL courses. After Syracuse University, she co-founded and was a partner at WordWrights in Syracuse, a business that provided writing, editing, and marketing services to individuals and businesses. She also was a freelance contributor to a variety of magazines. Following WordWrights, she moved to Northern Virginia and held various communication and marketing roles with Plexus Communications, Phillips Publishing Group, and GE Communications. Later she became director of volunteer services for Inova Health Systems in Fairfax, Virginia, where she spent the last years of her career managing a volunteer force of 1200 people. After retirement, she returned home to the Syracuse area to be closer to family and many dear friends.

Anne was kind, generous, and devoted to her family. She proudly attended and participated in countless life events of each of her thirteen nieces and nephews – Sarah, Jessie, Nora, Nathan, Lucas, Andrew, Kyle, Erin, Tess, Glenna, Daniel, Cecelia and Shana – and she developed a special and individual relationship with each of them. She created a lovely tradition of giving annual Christmas tree ornaments to each of them from birth through their 21st birthdays, thereby creating a lasting legacy for each. After the passing of her parents, as the oldest sibling Anne assumed the role of matriarch of the family.

An avid bird watcher and animal lover, Anne supported many organizations that had special meaning for her, such as the Cornell Lab of Ornithology, Brother Wolf Animal Rescue, the Audubon Society, and several others that were focused on animal welfare and the natural world. She was a regular participant in the Ornithology Lab’s bird count week and once was featured as a volunteer in their journal. She was a driver for Meals on Wheels. She knew how to manually score a baseball game and did so often while watching her favorite Yankees. She was a voracious reader, participating in many book clubs over the years.

Anne was predeceased by her parents, Beatrice (Battle) Coffey and Eugene J. Coffey and her sister, Barbara Coffey, who passed away last October and whom Anne missed every day since. She is survived by her remaining siblings: Peter (Becky) Coffey, Kate (Gary) Fink, Paul (Karen) Coffey, and Rick (Ellen) Coffey; her nieces and nephews; her beloved rescue dog, Dulcie; and a wide network of dear friends dating from as long ago as grade school, high school and graduate school to her early career in Syracuse and more recently book group members, many of whom provided care and support during her illness, for which Anne was extremely grateful. Anne’s family also appreciates the end-of-life care provided by the staff of Hospice of Central New York and by Nicole Powless and her entire team of caregivers.

Burial will be private and, following Anne’s wishes, there will be no services, as she considered the last few months of visiting to be her memorial. Please remember Anne as you knew her in the fullness of her life.

In lieu of flowers, contributions may be made to the Cornell Lab of Ornithology or the ASPCA .

Share Your Memory of
Anne
Upload Your Memory View All Memories
Be the first to upload a memory!
Share A Memory