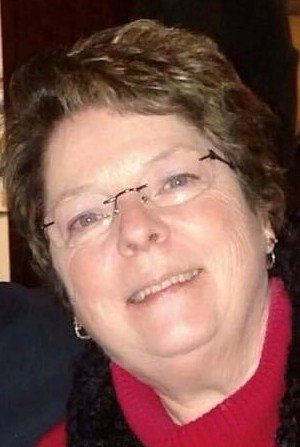 Please share a memory of Karen to include in a keepsake book for family and friends.
View Tribute Book
On December 15, 2020, our beautiful Momma, Mimi, partner, aunt, cousin, and friend peacefully passed away after a courageous battle with a brief illness. Born on January 7, 1951 in Syracuse NY, Karen (a.k.a. Suzie) was a graduate of West Genesee High School in 1969, and a graduate of Crouse School of Nursing in 1971. In 2014, Karen retired as a Nurse Practitioner from Neonatal Associates at Crouse Hospital, and post-retirement she worked at St. Margaret’s School as a nurse and at Camp Talooli as “Nurse Suzie.” She was a member of St. Margaret’s Church in Mattydale and was baptized and confirmed Catholic in 2016She is predeceased by her parents, John Richard Dodge and Louise (Spears) Dodge, as well as her brother Richard Dodge and her sister Linda Colabufo. Surviving relatives include her daughters, Jessica (Chris) Sweeney and Gretchen Juszek (Phil Massara), her grandson, Adrian Sweeney, four brothers, Robert (Sue) Dodge, John (Marie) Dodge, James (Debbie) Dodge, and Ed (Mary) Dodge; four sisters, Cindy (Bob) Keyes, Ginny Longo, Jessica (James) Carr and Pamela Dodge, as well as her partner of 20 years, James Dooley, his daughters April Dooley, Christina Dooley and Sheena Dooley, and his granddaughter, Daveena LaPointe . She also leaves behind several nieces, nephews, grand-nieces, grand-nephews, cousins and friends. To know Karen was to love her. She made friends everywhere that she went, and she lived life to its fullest every single day. She had a kind word for everyone (unless you cut her off when she was driving) and was always willing to share a fishing report or a picture of her grandson. You might find her at the South Shore Gun Club playing pull-tabs and dancing with her friends and family, but only if the fish were not biting. Above all, she loved her family and friends. If love could have saved her, she would have lived forever. A memorial mass will be held on Monday, December 21 at 10am in St. Margaret’s Church. Calling hours are Sunday from 2-5pm at the Goddard-Crandall-Shepardson Funeral Home, 3111 James Street. Charitable contributions in “Nurse Suzie’s” name can be made to Camp Talooli, 520 County Route 54, Pennellville, NY 13132.
To send flowers to the family or plant a tree in memory of Karen Juszek, please visit Tribute Store
Sunday
20
December

Share Your Memory of
Karen
Upload Your Memory View All Memories
Be the first to upload a memory!
Share A Memory
Send Flowers
Plant a Tree