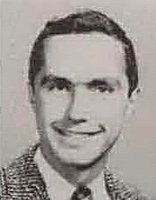 Robert Ross, 83, of Manlius, passed away Wednesday, September 30, 2020, at the Syracuse VA Medical Center where he received the most compassionate care. Born January 12, 1937 to the late Francis E and Margaret Carney Ross, he was an amazing father, brother and uncle, as well as loving companion, beloved Papa, and dear friend to many. Robert was a graduate of Lemoyne College and served in the US Air Force Reserves. He was president of City Linen and Towel Supply, a business he owned with his brother, Francis Ross, and later a commercial real estate broker on Cape Cod. Upon his return to his roots in Syracuse, he was the General Manager of Assumption Cemetery. “Bob” treasured all of his lifelong friends, his years with the Vagabonds, his Sunday Mass breakfast club, long trips to Maine, and every moment with his longtime companion, Linda. He cherished his nieces and nephews as if they were his own, and enjoyed every extraordinary occasion with his grandchildren. Whether he was teaching a card trick, playing poker with the grandkids, golfing, catching an SU basketball game, building a bon fire on the beach, stealing strawberries, mixing martini’s, or making the Christmas holidays more special, he lived to bring joy to others. He will be remembered for his warmth, compassion, friendship, generosity, humor, charm, and love, as well as his legendary sneezes. Robert is predeceased by his son, Christopher, and brother, Francis “Buddy”. He is survived by his sister, Margaret Shanahan (Robert) of Manlius, NY, his children, Robert of Syracuse; Eileen Silk (Mike) of Norfolk, MA; Lori Ball (Jim) of Cicero, NY; Jamie (Kim) of Holliston, MA; his grandchildren, Keegan and Riley Silk, Maggie and Allie Ball, and Camden and Aisling Ross; and many nieces and nephews. A funeral Mass will be held Tuesday, October 6, at 10:30 at Immaculate Conception Church in Fayetteville, NY. In lieu of flowers, please consider a donation to the Syracuse VA Medical Center, where all of our veterans deserve the wonderful care they provide. RIP and “Don’t touch 7”!