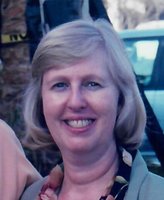 Gail Louise Parkinson Snyder, beloved wife, sister, aunt, stepmother, godmother, cousin, and friend to all who knew her, passed away peacefully on July 5th in Syracuse. She was born December 23rd, 1946, in Utica, New York to Thomas Willard and Myrtle Smith Parkinson. She grew up in Burlington Flats, New York and graduated from Edmeston Central School. She then graduated with honors from St. Lawrence University in Canton, New York. She completed a career in the insurance business when she retired from Cadaret Grant. She had been an usher at the Landmark Theater since 1988. She was happiest living in her adopted city of Syracuse, but she had a lifelong love of travel. Gail was always open to sharing new adventures and experiences with the people she loved. Relationships with and connections to other people were the focus of her life. Although she had many interests, she considered photography to be her true calling. She loved nothing more than taking photographs of George's sports events, especially their trip to England with their softball team. She also enjoyed taking photographs at family gatherings and sharing them with all. She is survived by her much-loved husband, George Snyder; her two sisters, Alice Raiford (Robert) and Jane Westcott (Wickes); her nieces Anna Price (Allen), Elizabeth Shaw (Matt), Emmalee Raiford (Chris Collins), and Audrey Westcott (Dan Caligiuri); her double cousin Donna Parkinson; stepchildren Nancy Hammond, Carol Kaiser (Richard), George Snyder, David Snyder (Kim), Daniel Snyder (Lisa), and Robin Ortega (Michael); step grandchildren James Shuler, Danny Hammond (Leslie), Joseph Hammond, Chris Hammond (Miriam), Beth Hammond (Lionel Erdeley), Connor Snyder and several step great grandchildren. Her passion, compassion, and commitment to those she loved will never be forgotten. Contributions may be made to a favorite charity. "Spirit is the real and eternal; matter is the unreal and temporal." Online condolences, www.shepardsonfh.com.