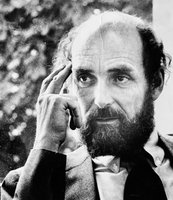 Charles Scott Edwards, 91, transitioned peacefully to spirit on February 23, 2020, at home surrounded by his loving family and caregivers. Charles was born and raised in Philadelphia. At 17, he joined the Naval Reserve during WWII, then served as a US Marine during the Korean Conflict. He went to college on the GI bill and graduated from West Chester University in 1950. Out of college, he worked as a high school English teacher and then as a traveling textbook salesman. With a growing family, he contemplated a career in journalism, but ultimately chose a career in law and earned his law degree from Syracuse University in 1962 at age 34. Charles enjoyed a full career practicing family law for over 50 years. He was a member of the Onondaga County Bar Association, the New York State Bar Association and he was the Town of Manlius Justice for 31 years, from 1970 to 2001. Charles had a sterling reputation as a kind Judge and a natural mediator. On one memorable occasion, he infamously sentenced “Rat the Cat” to jail, along with his two owners- for hitchhiking- after they insisted the cat remain with them. The story made the New York Daily News! Charles was an active member of the community, serving as chairman of the board of Onondaga Pastoral Counseling Center, and a member of the Visiting Nurses Association. He served on the Board of the Fayetteville Library, and was a former Trustee and Elder of Pebble Hill Presbyterian Church. He served as President of PFLAG during the 1980’s. Charles was also an avid runner. He attributed his longevity to his running, which he only started at age 50. He excelled at long distance racing, garnering many first place finishes in his age group. He ran 16 marathons in several cities, including New York and Boston. His favorite local races were the Mountain Goat and the Boilermaker. Music was central to Charles’ life. He was quoted as saying “music is definitely a part of my body and was central to the joys and sorrows of my life”. He loved musicals and theatre and for a time during his formative years, aspired to become an actor. Throughout his life he found many ways to express his natural musical and theatrical talents. He played the lead in many college plays and was a talented impersonator; his children loved hearing the many stories of his entertaining the student body at his college by impersonating the professors. He played piano in a piano bar in Atlantic City during the 1950’s, and in the 1980’s he enrolled in the New York Academy of Dramatic Arts where he studied acting for a year. He loved singing in the church choir which he did for many years, regularly lending his beautiful baritone voice to solos. A city boy by nature, Charles appreciated both city and “country” life. He loved gardening and specifically vegetable gardening. He could always be found outside during most seasons, working around his property. He loved the ocean and taking his family to the Jersey shore where his children have some of their fondest memories of holding hands and jumping over the waves with their dad. He loved sailing and spent many summers sailing his sunfish around Cazenovia Lake. Charles was a proud father to four children and always loved having his family around him. “Charlie”, as he was known to most, will be remembered as a sweet, gentle-natured person with a warm smile who was always happy to connect with those who encountered him. He was predeceased by his son Henry in 1995, and is survived by Jean, his wife of 62 years and his three daughters, Jodi Edwards-Gaspar (David Gaspar), Jill Minyé (John Minyé), Wendy Edwards (Ted Schoenberg) and his beloved grandchild, Benjamin Schoenberg. Memorial Services will be on Sunday, September 12, 2021 at 2pm in St. David Episcopal Church, 14 Jamar Dr, Fayetteville, NY 13066. In lieu of flowers please send donations to the following: LAMBDA guidestar.org/profile/23-7395681 or Q Center http://www.acrhealth.org/youth/the-q-center.