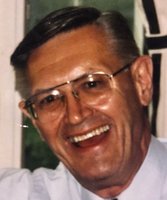 Franklin R. Martel passed away on January 11, 2021 at his home in Dewitt. Franklin was born on November 16, 1931 in Yonkers, New York to Franklin L. and Lillian Irving Martel. After graduating from Watertown High School in 1950, he went on to study the Great Books at the University of Notre Dame. Just before graduating from Norte Dame, he married his best friend Jean (Backus) after meeting in Alexandria Bay while spending many summers together working at several restaurants. Upon settling in Syracuse, New York, Frank worked at the Computing Center in Machinery Hall at Syracuse University for 30 years, highlighting his lifelong commitment to education. In their later years, Frank and Jean enjoyed traveling to various countries, with Portugal being their favorite and most frequented destination. Additionally, they enjoyed working on their gardens, spending time with their grandchildren, and famously, teaching the family proper grammar. He is survived by his son Thomas (Hong) Martel of Manlius, his daughter Catherine Fix of Dewitt, his sister Lillian Palermo of Santa Barbara, California and four grandchildren, Robertson, Victoria, Lee, and Mae. His family would like to give special thanks and appreciation for the help of his care team Dan Fedrezzi, Joan Krist, Jackie Atanasio, Kellie and Cathy Christian, and the staff at Kindred at Home. Memorial contributions may be made to Dewitt Fire Department. Online condolences, www.shepardsonfh.com.