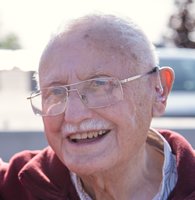 William Barry Maynard, 97, died on January 6, 2021, at home in the loving care of his family. Born December 27, 1923, in Southampton, England, Barry grew up the youngest of 6 siblings, a stone’s throw from the Southampton waterway. He served in the Royal Engineers of the British Armed Services during the Second World War, and then worked as a draughtsman and engineer in the UK. Eventually, he emigrated to Canada, and on the return journey from a Cape Cod vacation, he passed through Syracuse, liked what he saw, found work, and came to stay. Barry is survived by his wife of 58 years, Molly, his son Alexander (Jeanne Sheldon), grandsons Jonathan and Matthew (all of Syracuse), and daughter Amy Brown (Timothy), of Marcellus. He is also survived by his sons by his first marriage, Jeremy (Joyce McMann), of Campbell River, BC, and Hugh (Neva Shelton) of Ormstown, ONT, as well as by many, many nieces, nephews, grandchildren and great-grandchildren on both sides of the border and across Europe. Barry cherished the skills and talents of others, but would have been astonished that they attributed any such to him. He was a craftsman and artist, consummate storyteller, and self-effacing teacher and elder in his church. He loved ships and the sea, history and nature, his family, and above all else his companion and soul-mate, Molly. In a long and full life, he truly embodied the precepts of his favorite verse, Micah 6:8. “He has shown you, O man, what is good. And what does the Lord require of you, but to do justice, and to love kindness, and to walk humbly with your God?” The family will not be holding services at this time, but if you care to make any remembrance, donations can be made to The Reformed Church of Syracuse.